10 things that your AP Chem teacher may have taught you…. 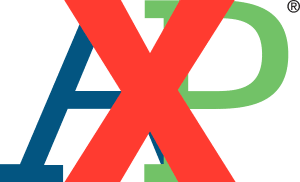 For years I have been banging on about what I consider to be the strange practice of calling a course ‘AP Chemistry’, and then delivering content that won’t be on the exam – I’ve never understood it, and never will. My argument has always been this; why not call your course something other than ‘AP Chemistry’? I believe that if AP Chemistry is in your course catalog and on your door, then you have an obligation to teach THAT content, and not to go off on tangential conversations.

Anyway, this post is not really about that particular pet peeve of mine, rather it’s to help students to recognize some of things that are irrelevant to the exam, but that their teachers may still be teaching them. This will allow students to prioritize, and subsequently to (hopefully) score better on the AP Chemistry exam.

Below is a list of ten popular things that still persist on many teachers agendas, but won’t appear on the current, AP Chemistry exam. (You may want also like to read this post).

10. Types of ionic crystal such as FCC, BCC and types of packing such as ABA and ABC etc.

This has NEVER been necessary – ever, and it’s a common mistake that AP chemistry teachers make in teaching it. It has its origins in the fact that most college textbooks do cover this, and many teachers insist on using the text as a guide as to what to teach in an AP course- big mistake.

Not examined on the new curriculum. Is it worth knowing that nuclear decay is a first order decay process in a kinetics context? Maybe, but only as far as familiarity is concerned, and you do NOT need to know any nuclear chemistry in order to answer those kinetics questions that could use nuclear decay as an example of first order kinetics.

MO has been ‘off the table’ for decades, but now there is a specific exclusion statement.

Yes you need to understand the relevance of the principal quantum number (n), but l, m and spin quantum numbers are all off the table in the new curriculum. Ditch them.

The only reason that I ever taught any transition metal chemistry was the old, Net Ionic Equation (NIE) writing question on the old exam. With that question now removed, and the loss of Lewis acid and base theory (see #4), it’s time to can TM for good. Having said that, there is a caveat here.

EK 3.B.2.b., which has the HUGELY confusing (and as far as I am concerned the completely unresolved), ‘prior knowledge’ nonsense, does muddy the water a bit. In short, the days of needing to write NIE’s showing the formation of complex ions when ligands react with hexa-aqua transition metal solutions, OR equations to show the destruction of amino containing complexes when reacted with acids, are, IMO, basically gone. Maybe one could use a complex to test/illustrate a LO in EU 3A or EU 3B, but that’s seems highly unlikely. It’s also true that a complex ion could be used to illustrate equilibrium like this, but again, no knowledge of complex ions is required.

There is no LO that could be twisted into a question that requires organic chemistry knowledge IMO – really there isn’t – so there really is no need to know any organic chemistry, but I will throw in some caveats.

Gone from the new exam. Is it wise? That’s a different question, but you don’t have to know the definition of acids and bases in terms of electron pairs.

Gone*. A lot of teachers cling to phase diagrams as if their lives depended on it, but they shouldn’t.

Calculation of molality will not appear on the AP exam. This leads us to #1,

Without molality, freezing point depression, boiling point elevation and osmotic pressure will not be examined. They have gone, no caveats!