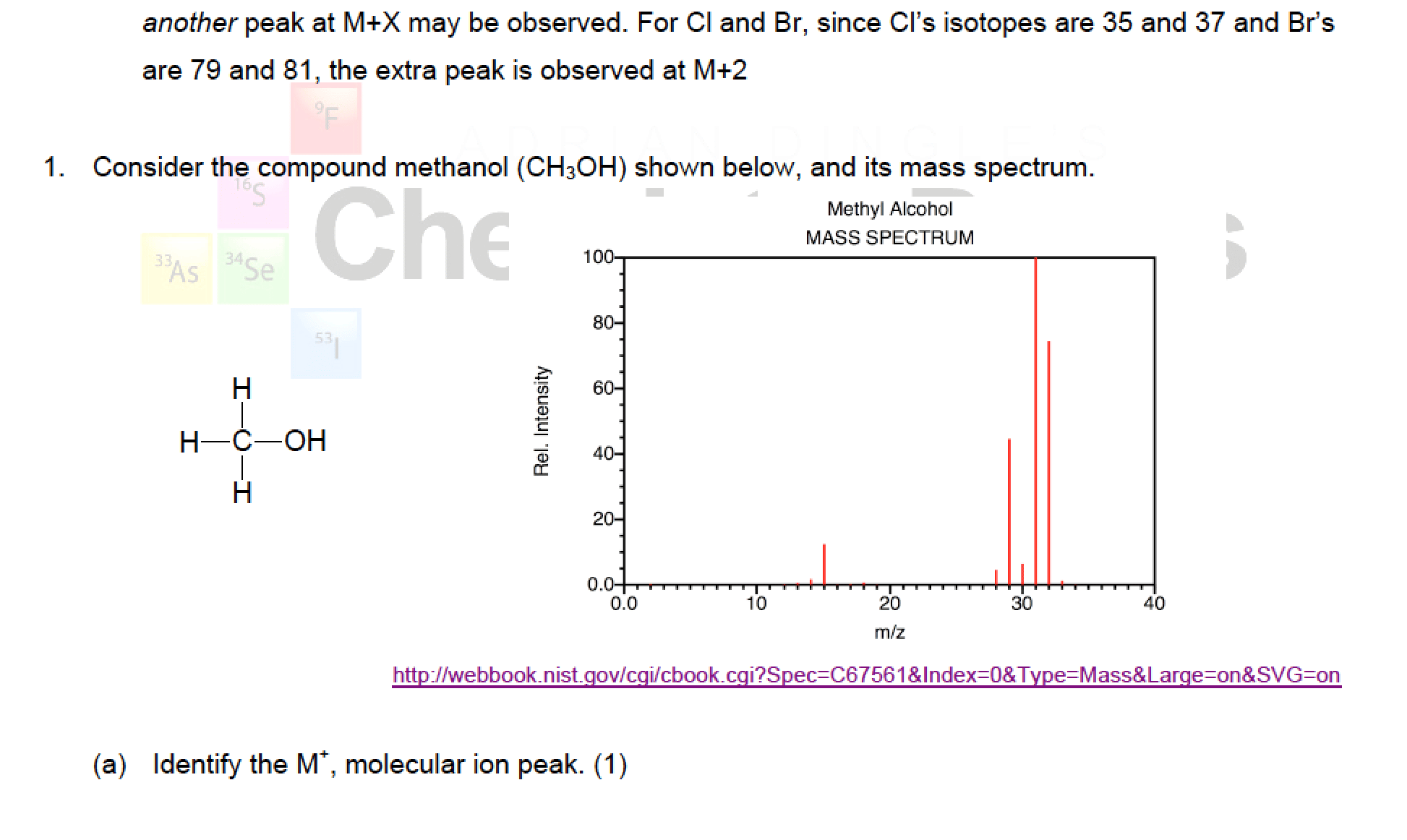 Following this original post on Mass Spec (written long before the new curriculum came into play) I have had some further thoughts on mass spec, and these extensions have been reflected both in a worksheet that I used last year, and a brand new worksheet for 2014-15.

The worksheet that I used last year, AP Worksheet 01n, includes a question that investigates the analysis of a simple compound (CO2), rather than just a lone element. The new worksheet (AP Worksheet 01o) brings some very, very simple organic spectra to the table. Don’t panic! I see the organic stuff as an extension activity, but until I feel 100% certain that organic mass spec cannot be examined, then I’m going to push the students a bit – this helps me to sleep at night!

Like so many issues surrounding the new curriculum, the problem for me lies in the interpretation of a LO, specifically LO 1.14. Here it is;

The student is able to use data from mass spectrometry to identify the elements and the masses of individual atoms of a specific element.

I originally interpreted this (and for sometime took no other view) to mean ‘elements’ i.e., only dealing with isotopic data of individual atoms (with perhaps diatomic molecules like Cl2, Br2, O2 etc. thrown in for good measure). If I’m entirely honest, I haven’t really changed my mind much, BUT conversations with others and at least one other source, have led me to worry (a tiny bit) about the possibility of the phrase ‘identify elements’ to mean ‘elements as part of larger (maybe organic) molecules’. At the moment I still think that the possibility of seeing an organic mass spectrum of some kind is slim, especially given the lack of specific organic in the curriculum, but as I say, AP Worksheet 01o allows me to sleep. Here’s an excerpt from that worksheet. 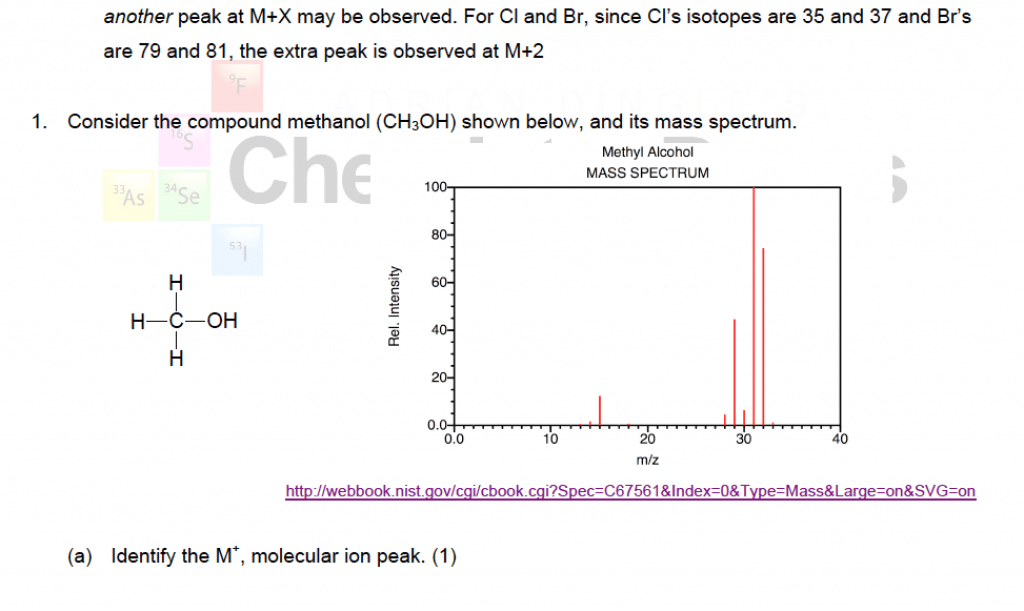