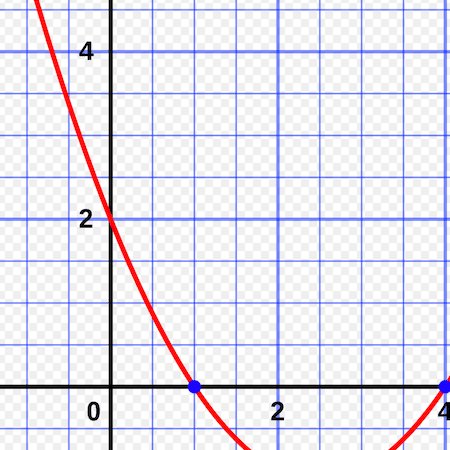 Here’s a common question that I was asked once again today;

Adrian, why do some of your materials point to equilibrium problems that contain the need for quadratic equations, when we know that type of math will not be tested on the AP chemistry exam?

In other words, how do quadratics, equilibrium, and AP chemistry intersect? It’s a fair question, and it has multiple answers.

The ‘common knowledge’ that has been in the AP chemistry zephyr for an eternity is that ‘quadratics cannot be examined’. Somewhat interestingly, and typically, the College Board remains largely silent, and (officially) non-committal on the matter, at least in a formal, definitive sense. Those of use that watch the College Board closely know that this is typical, as well as being unhelpful. For example, there is no formal ‘ruling out’ of quadratics in the current CED, nor can I find any official declaration of quadratics being ruled out by an official College Board source ever being in place – not in previous CED’s or in any other document. If you know where an official word on this is (I’m not much interested in hearsay or anecdotal evidence), please let me know, but also quote me the source of your knowledge.

You may be surprised to learn that there’s a document called Quantitative Skills in the AP Sciences (2018) that is frankly hardly known by any AP Chemistry teachers. Oddly, but again in classic CB website impenetrable style, that link omits the AP chemistry chapter, and one has to do some URL parsing to find it here. Despite being potentially ‘out of date’ (written prior to the current CED), it too has no mention of quadratics (either in the positive or the negative), so who knows what the actual policy is here?

Having said all of that, I am on board with the idea of quadratics being 100% out for exam purposes for reasons that include no examples of them in contemporary exams, and their exclusion being in keeping with the idea that the AP chemistry exam should be examining chemistry not math skills. So why have quadratic examples in my materials at all?

Firstly, when a quadratic comes up, I never ask the students to solve for it, but given my obsession with all things AP chemistry I don’t feel as though the SET-UP that includes a quadratic is out of bounds. The set-up only requires chemistry knowledge, and as such I suppose, *could* be asked (yes, I know it’s highly unlikely, but …).

Secondly, (and this is perhaps even more unlikely, but the kind of thoroughness that makes me tick), there could, in theory, be a quadratic that is a perfect square, that would NOT require the quadratic formula and a bunch of complicated math. This happened in 1995. Is an exam from 1995 relevant? Well, coupled with the lack of an official word form the CB on this, and since I like watertight situations that cover ALL bases, for now, those examples stay in my materials.