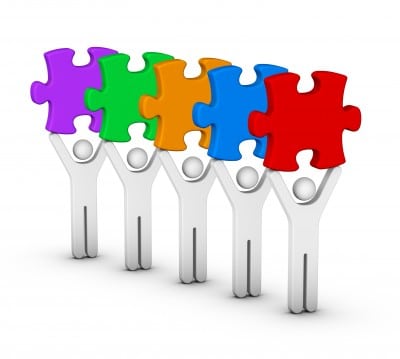 For many years I have offered AP Chemistry Workshops for teachers. One feature of those workshops over the years have been sessions on what I call ‘The Big Five‘. These are the five large topic areas that form fundamental and large portions of the examinable material of the AP exam, and ones that students (and sometimes teachers), feel that they need some guidance with. Traditionally, the Big Five (in no particular order) have been;

With the advent of the new AP curriculum, I was wondering if I would need to drastically re-think the Big Five. At least for now, I think the answer is ‘no’. However, as with everything connected to the new curriculum I reserve the right to change my mind over time. Right now we only have one practice exam and a course description, and almost nothing else! (There is the lab manual of course, but I see little or no relevance in it when talking about the content of the AP course and the AP exam itself). We also have no exam history (obviously), and precious little guidance from the College Board. This week I even heard that College Board consultants that are running official College Board workshops have been given no other materials. It’s one thing to be a running an unofficial workshop as I do and not have sufficient materials and answers, it’s quite something else to be representing the College Board in an official capacity in the field without much to go on!

Anyway, back to the Big Five. In the first instance I wanted to see where the Big Five material fits in to the the new course. This is where it can be found;

Thermochemistry (including enthalpy, entropy and Gibbs Free Energy) – Ostensibly all of Big Idea 5, although to me, 5D is really about bonding and not thermochemistry.

Electrochemistry (including REDOX) – A small part of Big Idea 3, only encapsulating two LO’s, 3.12 and 3.13, but still pretty extensive given the lack of specificity of those two, LO’s.

So, in short, the Big Five are basically still intact. That’s a good thing, since it means that I feel that a discussion in the context of The Big Five is still as relevant on the new course as it was on the old.

Even though that is absolutely true, I wanted to try to dig a little deeper to see where there might be some more subtle changes to the Big Five, or at least changes of emphasis. You can get some of this by reading the exclusion statements in the new course description, but other part of this are more subtle, and without a history of exam questions, still very much up for debate – in that light, this post is NOT supposed to be definitive, rather it is designed to provoke thought and discussion.

I suppose there is room for some criticism of me here, in as much as some people might say, ‘well, why the hell weren’t you teaching or emphasizing that, anyway‘, but I think I’ve been relatively successful doing what I’ve been doing in the past, so I’ll ignore that for now! Here’s what I came up with in terms of some adjustments that I will be making in the Big Five.

– Reference to reversible processes outside of chemical reactions (biological and environmental). Probably largely irrelevant, but…..

– Definitely a heavier emphasis on the relationship between Q and K. Obviously it’s always been there, but it seems much more to the forefront.

– A significant attempt to link some kinetics to equilibrium which in the past I have deliberately avoided since I think it has the potential to confuse kids. There is a very distinct need to separate ‘how far’ (equilibrium) with ‘how fast’ (kinetics), IMO.

– There are several references to the pH influence of solubility processes that right now I think can be interpreted in terms of a common ion anyway, so for now at least, I don’t anticipate much change here.

– Word on the street is that ‘formulaic computations of enthalpy changes’ are out and reading Essential Knowledge 5.C.2g. confirms that. Quite what this actually means I’m not sure, but my guess is that the exam doesn’t want kids to be simply mindlessly plugging numbers into, Delta H = Enthalpy of formation of products – Enthalpy of formation of reactants (although strangely, that equation persists on the new Equations sheet!). OK, fair enough, but if kids were routinely doing only that and getting credit, then that’s the fault of the question writers! There are an infinite number of questions that can/could have been written, that would stretch enthalpy calculations way beyond that point. My fear is that in the shakedown, some really nice math applications of Hess’ law will be lost, and the rigor will be removed.

– There really has never been an explicit nod to the Born-Haber cycle in the past, and I don’t recall an AP FRQ specifically on it. In the practice exam, I see one. Food for thought.

– A decent amount of stuff about Heat and Work being defined in a specific manner, something that I consider to be basically part of physics, so something I have not bothered with in the past.

– There is a move away from ‘feasible’ toward ‘thermodynamically favored’ which I think is a good thing.

– Nernst equation is out (not on the equation sheet), but discussions regarding electrochemical cells under non-standard conditions remain. The consequence is that all of these discussions will have to take place in a Le Chatelier context. Now of course, the Le Chatelier necessity was always there, since it was always possible that a non-standard cell could have been asked in a non-calculator part of the exam, BUT even there one could have explained a change in voltage by talking about the generic math of Nernst. For example, reference to the ratio of products to reactants changing from ‘1’, to a number greater than or less than ‘1’, and the effect that taking the log of such a number has, could lead to a conclusion that the new voltage would be either greater or less than E standard without the need for a specific calculation. I wonder if any teachers will ask their students to memorize the Nernst equation anyway, and encourage them to apply it on the exam? The College Board would have no choice but to award credit for such a scenario, if applied correctly and in context.

– No Standard Electrode Potential table will be given, meaning that if specific SERP values are required, then they will be embedded in the question that requires them.

– The bizarre idea of not using the terms oxidizing agent and reducing agent is wacko to me, I shall continue to use them in Electrochem and other contexts.

– In the new course description, Essential Knowledge 3.C.3d. has been amended  and now mentions concentration cells. I am considering including at least one of example of such in my notes, something that I have never done in the past.

– Although acids and bases form part of Big idea 6 that deals with equilibrium, it is still such a large and cumbersome topic that it will require an entirely separate treatment that is largely unconnected to equilibrium itself. This has always been the case of course, but the obsession in the new curriculum of constantly linking one topic to another rather than siloing, makes Big Idea 6 a pretty laborious read. Frankly, it’s at least two Big ideas that would have been better separated. Don’t get me wrong, I understand the need for kids to see the connections and get the bigger picture, but trying to constantly do that during the course, is I feel, a mistake. Once the siloed material has been embedded, then I will ask the kids to circle back and see the larger connections.

– There’s some horribly convoluted language in 6C. that gives me a headache, but in the final analysis I don’t think much is changing about acids, bases and buffers.

– I have added a note about carboxylic acid strength and stability of anions with electron releasing and withdrawing groups that I hope is completely unnecessary!

– The organization of the Enduring Understanding and Essential Knowledge in Big idea 4, is, in my opinion, and as my 14 year old might say, ‘messed up!’ I am going to teach the collision theory things in 4B, before anything in 4A. That makes infinitely more sense to me. I don’t understand why those things are not reversed in the new curriculum.

– Perhaps a new emphasis on the idea of elementary steps (with that phrase being used a lot) although I doubt it will actually change much.

– Some specific catalyst types are in play, which again in terms of AP questions may not matter much.

So all in all, in terms of the Big Five not much is changing for me. Outside of the Big Five I have put together another post that summarizes some other new emphasis and areas that represent changes to what I have taught in the past and you can view that, here. Once you have read that post in conjunction with the one you are currently reading, you’ll probably realize that the idea that the content of the old course has been dramatically reduced is simply not true. There is still a huge amount of stuff here despite the loss of phase diagrams, colligative properties and formal equation writing and putting this together with inefficient inquiry labs is going to put a terrible squeeze on some courses.

Unlike some people, I have no strong feelings about the loss of things like colligative properties, and frankly I couldn’t care less, but I will lament the passing of formal equation writing since I think it represents (or at least used to represent) solid, cold, hard chemistry that is/was rigorous. Of course, if the truth be known, equation writing has been dead in the water on AP chemistry exams for years, so in contemporary terms not much is changing with them either. A shame.