Today marks another ‘ending’ to the inaugural, AP Chemistry course that examined the new curriculum for the first time in May of 2014. I say ‘another ending’ since there have been at least two other ‘endings’ up this point. The first ending was when I finished teaching the course, the second ending was when the kids finished the exam, but this ‘final ending’ really represents a complete circle of events that started (for me) back in September 2011 – the release of the first set of AP scores associated with the new course.

There has been much comment, gnashing of teeth and other discourse since the exam and in the wake of College Board releasing information about the distribution of scores. In a nutshell the % cut off for a 5 on the exam was set at 72% (up to perhaps 10% higher than traditionally required in the past), and as a result the number of 4’s and 5’s globally were cut drastically compared to early years.

The real problem with this new distribution is two fold;

A problem came to light in a recent exchange on the AP Chemistry Community Forum where it was revealed that question 7(d) (below) HAD to have some reference to ‘particles’ in the answer in order to get the point. 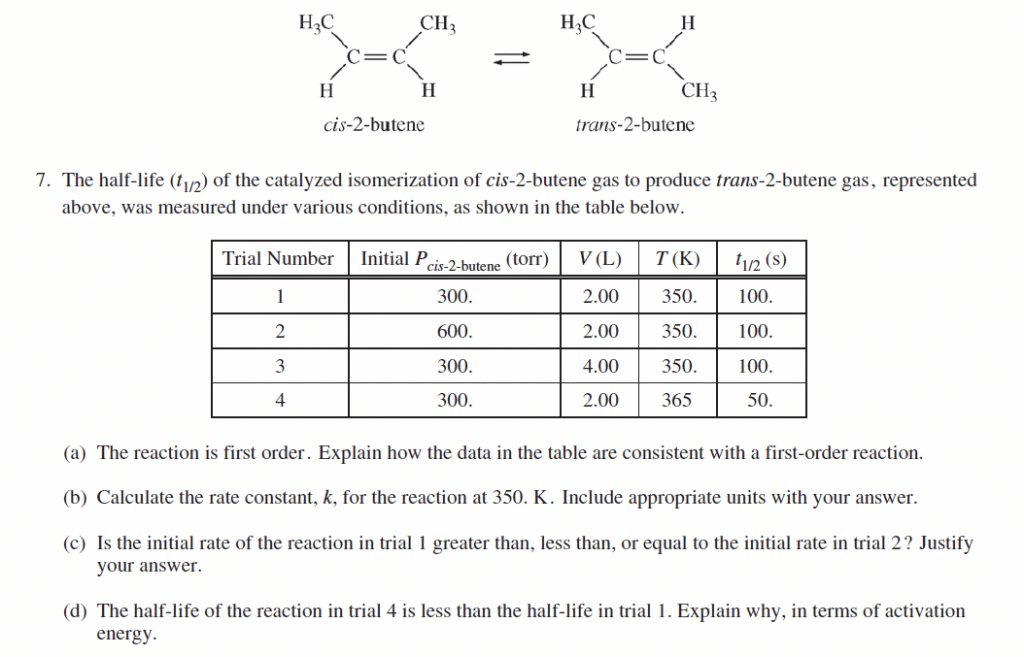 It so happens that my draft answer for 7(d) did provide a particulate explanation (and hence scored the points), but this necessity is not at all clear from the way the question is worded; as such it’s totally unacceptable as a required answer, since it holds the students (and teachers) to a standard that they don’t even know exists!

Another, similar problem came to light via my communication with a Table Leader who told me that there was an issue with Q4(c). Apparently that question (below), in his words, ‘REQUIRED either mention of the constant temperature (which was unstated in the problem) or an answer using Le Chatelier (why???)‘. 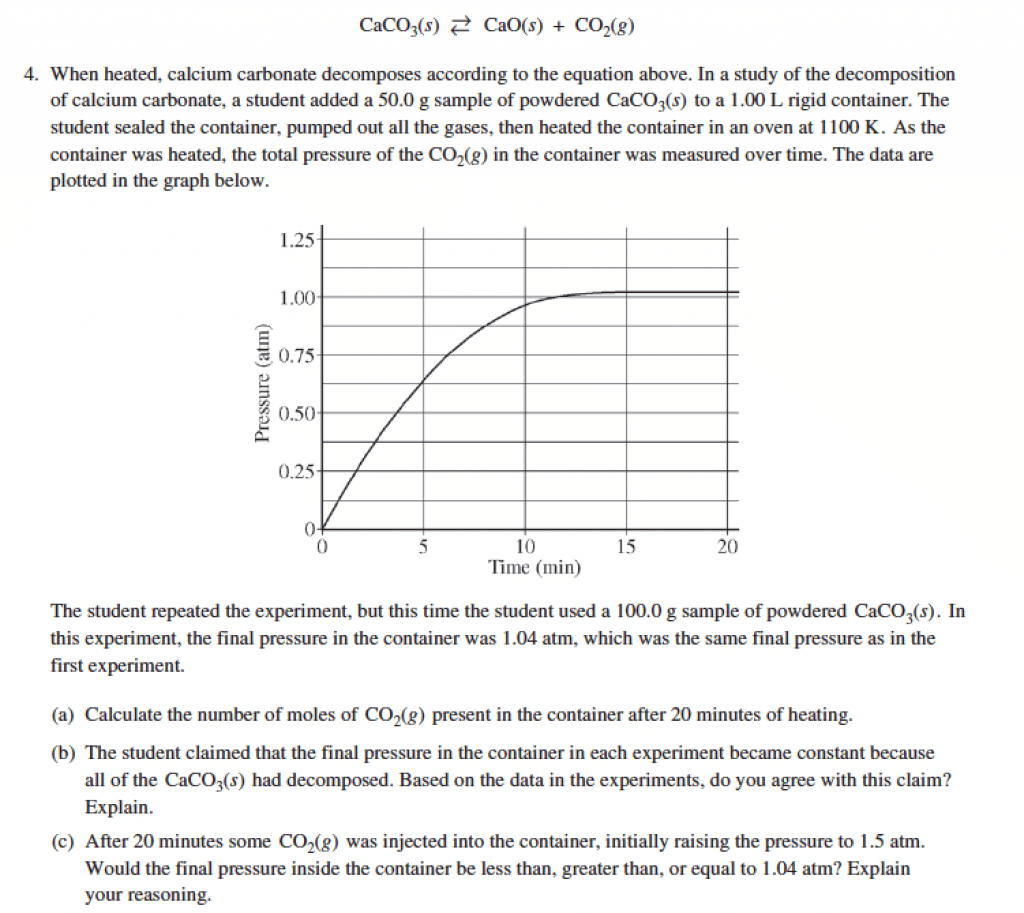 This simply is not fair. I have no problem with the College Board asking whatever they like, but we cannot have cryptic requirements that are not clear to the students or stated in the questions – that’s simply not on.

Anyway, back to this years scores. What any of these statistics mean  is difficult to know with such a small sample, but because of what I have said above about the relative difficulty of this years exams, and with a comparable group of students and the same teacher, I do not think that I should have seen any kind of significant change in the scores – I didn’t. Here’s a breakdown of the last 13 years of my students scores.