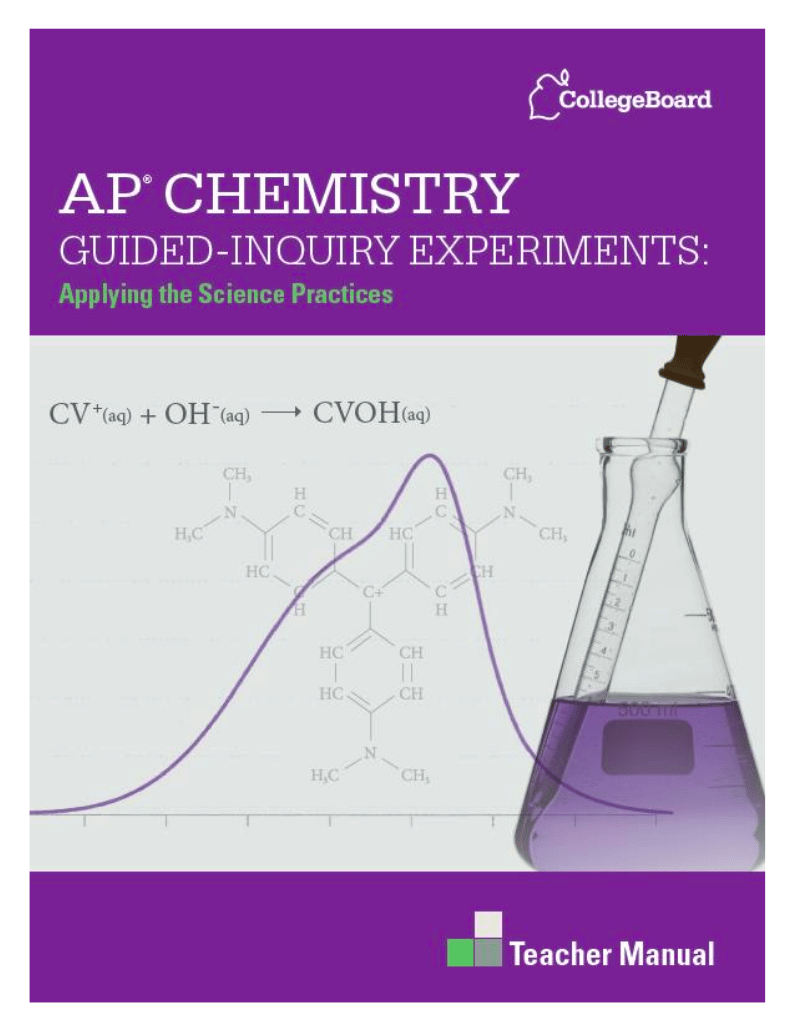 Let’s start with a statement that is a total non-negotiable for me.

By success I mean AP scores. I think there’s a pretty good consensus on that position across most, knowledgeable groups. I’ve written (and talked and presented) about this time and time again, and the essence of my position is three-fold;

1. You cannot, no matter how hard you try, assess lab work in any meaningful way using only a pencil and paper test and as such,

2. If you want to assess lab work, you have to do what the IB and A level have done for decades, and that’s have a lab exam or an internal lab assessment that counts towards the final AP score!

3. If a kid had never picked up a test tube in the lab, as long as they had been coached and primed for lab questions on the exam, they could apply common sense and some simple techniques to get all of the points. A classic example of this was the Beer’s law question from 2003 which quite a number of kids scored highly on without actually knowing anything about the experiment. How would they have fared if that were in a lab practical exam??

During my tirades I have often been accused of “doing no lab work”, or “failing to understand that lab work is at the very core of what chemistry is” – nothing could be further from the truth, rather my point is that because lab work is at the core, the AP exam should be assessing it properly. By not doing so, the College Board/TDC/ETS are failing to back up their assertion that it is important – as we say in England, they are “all mouth and no trousers”!

OK, so what about 2014 forward? Is there a whole new world ahead of us where this situation is going to change, and that inquiry labs are suddenly going to be the tipping point between one grade on the exam and another? At least one very prominent person thinks so. When I asked a prominent administrator of science programs at the College Board, this exact question, they said ‘yes’. This person is intelligent who I have found to be honest and sincere, and not disingenuous in any way. In that respect I believe that they believe what she says, but (at the moment), I don’t agree with them. Before the release of the 2014 FRQ questions I had no empirical basis for my position, but after the release I would say that (so far) there is not a shred of evidence to suggest that things have changed. As such, I believe that lab work is still irrelevant to AP chem scores.

OK, let’s put scores to one side for a moment, and examine some other areas that are causing significant grief.

I’m firmly of the opinion that ‘inquiry’ can mean absolutely anything, and that almost anything qualifies as such. Again, I think this is pretty well-established across many groups. This means the pressure is off – do almost any lab, ask the kids one question during it, and you’ve got ‘inquiry’.

Taking that fact on board, and coupling it with the fact that the audit has no teeth and nobody will challenge you to see if you are actually doing inquiry*, I would say that ‘inquiry’ is largely an irrelevance to you.

*It’s worth mentioning that I strongly believe that every single teacher that gets a syllabus successfully audited, should do what they say that they will, and as such I DO six inquiry (whatever THAT means) labs as part of my course. I’m many things, but dishonest/without integrity are not amongst those things!

2. The College Board Lab Manual (and other inquiry lab examples like Flinn’s).

Quite frankly, I wouldn’t use ANY of the labs in the CB lab manual in their current state. This includes the one I wrote, and here’s why;

When I wrote the original lab (#10), it was a fraction of the length of the one that you read in the manual today. I was asked to take an incredibly simple lab and bring it ‘up to speed’ in order to cover all of the edubabble associated with inquiry. This included the asinine (IMO) requirement of making the title of the lab, a question. There were more complicated things that I had to do as well.

The outcome (as is the case with the other labs in the manual) is a ridiculously cumbersome, ungainly, and difficult to follow lab for both teachers and students. Exactly the same problem occurs with the Flinn labs which mimic the lab manual. This is why I took those base labs, and turned them into infinitely simpler versions that still qualify as inquiry and make life a billion times easier. I think that’s the only way to go for a lot of us.

Taking all of the above into consideration I would say you can pretty much reduce your stress about labs in the new AP chemistry exam to close to zero!