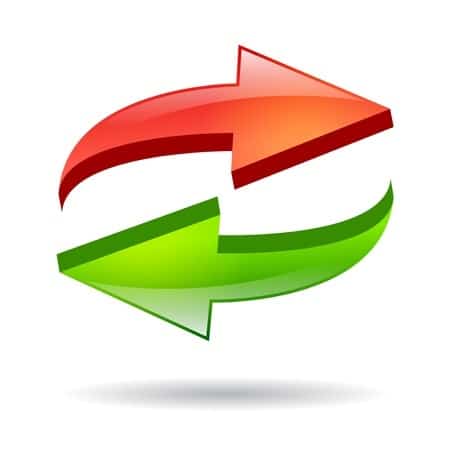 This post only deals with aspects of equilibria such as Kc, Kp, Ksp and Le Châtelier’s Principle – I’ll deal with Acid-Base equilibria in a separate post.

So, here’s a list of some pointers to make your AP equilibrium answers a little better. 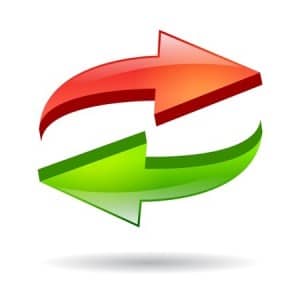 1. When writing a Kp expression, refrain from using square brackets. For example, it would be incorrect to write, Kp = [pp CO2], for the equilibrium system CaCO3(s) ⇌ CaO(s) + CO2(g). Why? Well square brackets actually have a meaning, i.e, concentration, and a Kp expression is one where partial pressures are being used.

2. Remember what K actually means! K expressions are ratios of various aspects of products and reactants at the equilibrium position, meaning that initial concentrations/partial pressures do NOT go into them. Of course, this means dealing with ICE tables, but it also means that sometimes we don’t need to deal with ICE tables IF we are given the equilibrium concentrations.

3. Since ∆G° = – RT ln K, then ∆G° is associated with equilibrium. This means that equilibrium must be established before the calculation of ∆G°, and that ∆G° is actually a measure of the ratio of reactants to products once equilibrium has been established.

4. When performing a calculation to predict if a precipitate is formed using the reaction quotient Q, (e.g., when considering the generic reaction MX(s) ⇌ M2+(aq) + X2-(aq) and determining if a precipitate forms), when one finds that Q is too small (and therefore no precipitate is formed), it’s not a good idea to say, “The equilibrium continues to shift forward to make Q bigger in order for it to equal K so no ppt. forms”. This isn’t the case, since the equilibrium has not even been established at this point so it can’t ‘move forward’ per se. It would be better to say that Q is not currently sufficiently large enough to create the ppt. This is the same as saying that Q is not yet large enough to create the backward reaction, so the equilibrium has not been established.

5. Can one use a simple, ‘reduce the stress’ (Le Châtelier) argument when dealing with an explanation of shifting equilibria, or does one need to invoke a ‘Q versus K’ argument? This is a GREAT question and honestly one that remains unresolved unless the question specifically asks you to discuss Q and K. I wrote an entirely separate blog post about this, and it is my belief that the ‘Q versus K’ argument is going to be anticipated/expected/required more and more on the new exam.

This brings up another prickly question, about how deep a student is supposed to understand WHY an equilibrium system shifts in the endothermic direction when heated. I’ve dealt with that here, but with quantitative Arrhenius off the table in the new exam, I suspect this is simply not required. As such, it seems OK (for now) to treat ‘heat’ as either a product (exothermic) or a reactant (endothermic), and reason via Le Châtelier. If one insisted on using a ‘Q versus K’ argument, one ought to be able to get away with commenting on the fact that for an exothermic reaction K is smaller at higher temperatures (without further explanation), and that a reaction will shift to make Q equal to K (and vice-versa).

6. Question 1(g) from 2004 has created some issues for students or more precisely, it’s the published answer that causes issues. Kids Google the answer, really don’t understand it at all, and end up simply quoting “the concentration is independent of the volume” without a clue what that statement actually means. I think it better to say that on the removal of water, the concentrations of the ions instantaneously increase, making Q (temporarily) bigger, causing a shift backwards to make Q smaller (and to make more solid), and thus return Q to the K value. In turn, this restores the original concentrations. Vice-versa for the addition of water to such a system.

7. Whenever you decide to neglect ‘x’ in a Ksp/common ion problem because it is so small, say so! What I mean by that is make it clear why you have decided that ‘x’ is negligible. Of course, this applies to weak acids and bases too. By stating the fact that you know what you are doing, you are removing any ambiguity that you may just have forgotten about it!

8. Be very careful when using Ksp values to compare solubilities. ‘Solubility’ refers to the ‘s’ or ‘x’ value (in units of g or mol per unit volume) from the ICE table, and Ksp is by definition, the ‘product’ of such (mol/L) values raised to appropriate powers.

Each salt has its own molar solubility (again, the ‘s’ or the ‘x’ value in the ICE table), that will then manifest itself differently depending on the exact nature of the Ksp expression. As such, you should be comparing the ‘s’ (or ‘x’) values rather than the Ksp’s when comparing solubilities. This means that rather than simply saying, “Oh, this Ksp is smaller than that Ksp so the first salt is less soluble”, one actually has to undo the Ksp expression and calculate a value for ‘s’ (or ‘x’) before making the comparison.