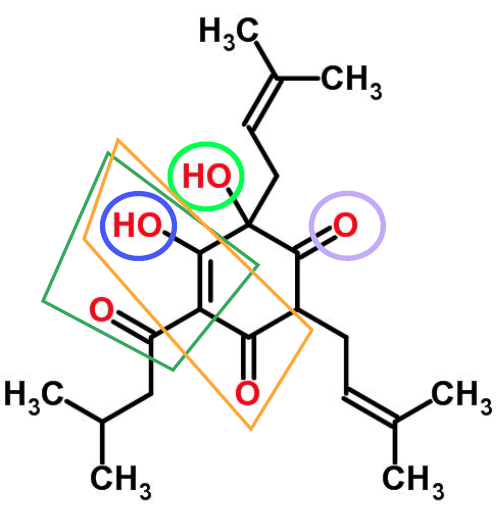 So you think that you might be interested in taking a high school, organic chemistry course, delivered by me either at The Westminster Schools, or as part the Global Online Academy? Great! You may have lots of questions, and this post is designed to help answer some of those and to give you some more information about the different types of organic chemistry course available – yes, there is more than one option,  and each will suit a different group of students.

In the academic year 2014-15, starting in the summer of 2014, there will be three opportunities to take some form of organic chemistry class. The options are listed below, and the information with each one should help you decide what you would like to do, and where you best fit.

This course is the traditional, summer school class that has been offered by me, at Westminster, for over a decade. It is a three week, mornings only course, that runs in either semester 1 or semester 2 of Westminster’s summer school. It is designed to give you an introduction to some of the typical organic basics that you will need to tackle in a college, organic 101 class, but unlike the AP chemistry course it is definitely not designed to be a replacement for college organic chemistry rather it is an introduction to that material.

The course is certainly academically challenging, has traditional homework, tests and an exam, but it does involve lab work and activities that help to lighten the load a little! At the end of the course you will gain 0.5 science credit and you should be armed with enough information to significantly help you negotiate the rigors of organic 101 in college – at least for a few weeks!

A prerequisite is that you have passed a high school chemistry course, meaning that if you are a Westminster student that you will be a rising junior, rising senior or even a recent graduate*. It is also really important that you have a definite interest in the subject, since this is not a class that one should take on a whim, mainly becasue it is intellectually demanding. In that light you are likely to be considering a college career that might include a pre-med track, certainly has a science bias, and you may be considering leaning toward the sciences in terms of your ultimate career. You may need to take this course in the summer if option #2 (below) does not work for you in terms of your normal school year schedule.

*In the past we have had a number of high school graduates take this course as a summer boost to allow them to hit the ground running on their chemistry studies at their college of choice in the fall and it has proved to be a popular choice.

This course is ALSO open to students from schools other than Westminster.

This is the same course as Option #1 except that it is taught in the Fall semester as an elective class. The same academic rigor is in place, as well as the same homework, test and exams, and it attracts the same Westminster credit.

The same students as described in Option #1 above, but those who have time in their regular, 2014-15 academic schedule to accommodate the course and would rather not attend summer school.

This course is NOT open to students from schools other than Westminster.

This is a significantly different course to the one described in Options #1 and #2 above, both in terms of its delivery and its content.

Firstly, the course is taught entirely online and as a result there is no lab component. The material is aimed at giving students a window into the fascinating diversity, applications and consequences of organic chemistry and organic compounds in modern life, and as such should not be viewed as a precursor to a traditional, college, 101 organic chemistry experience.

The assessment and work in this course is also less traditional, with collaboration, group work, projects and other tasks being the focus of course, rather than one based on more typical tests and exams. As such, the intellectual demands are different than Options #1 and #2, with different skills being important. You’ll need an interest that goes outside of the pure, hardcore academic knowledge and a willingness to embrace societal issues & other angles such as environmental impact. The course attracts the same, 0.5 Westminster science credit, albeit one with very different content than Options #1 and #2.

You will most likely be a student who is interested in investigating both the world around you and the exciting domain of online learning, without the need to necessarily be totally focused on a traditional, academic pursuit of organic chemistry knowledge. Obviously an interest in science and its application remains important.

This course is open ONLY to students from schools affiliated with the Global Online Academy, including Westminster.