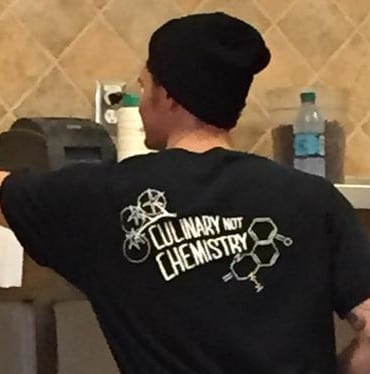 Don’t worry, I know this is not possible. It’s OK, I am (relatively) sane, however whenever I see a molecule in an unusual setting that’s either feasible, or in this case unfeasible, I am tempted to dig a little deeper. Sometimes that yields interesting results, sometimes it does not.

In my experience, when dubious molecular depictions crop in pop-culture they usually fall broadly into one of two categories. Either they are utterly fictions and mean absolutely nothing, or they are perhaps related to the context in which they are placed in some way. When dealing with the second category sometimes the depiction can be 100% correct, but perhaps more often, the art director has no chemistry training and he or she produces something that might be described as having nothing more than just a casual relationship with the intended molecule.

So, thanks to @AndySchaul, @Chemjobber and @mc_chemist via this Twitter conversation, 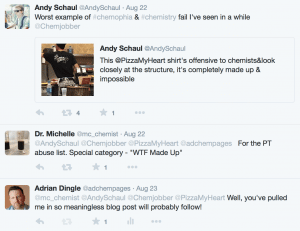 I find myself drawn into a discussion about @PizzaMyHeart and their ugly characterization of…well…what exactly? 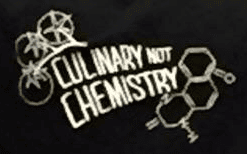 Forgetting the impossibility of the chemistry that we see on the T-shirt, the first warning sign about this ‘molecule’ is that I suspect that they decided to create a ‘molecule’ that simply resembled the three tomatoes in the accompanying picture. It would be nice (and completely unrealistic) to think that this molecule not only existed, but was perhaps a common compound found in tomatoes – or mozzarella or pizza dough – but I don’t think that’s what we’re dealing with here. Assuming (I say ‘assuming’ since the picture is not 100% clear) the molecule to be this, 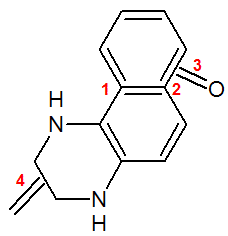 from a chemistry perspective there are four obvious and immediate problems (which BTW, made it quite difficult to ‘force’ the chemistry drawing software to draw).

So let’s start to play around a little.

Firstly, let’s ‘fix’ the molecule with some best guesses. A little shifting of the two additions to the ring structure and the correction of valence, gives us this; 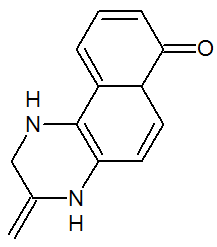 ChemSketch calls this, 3-methylidene-1,3,4,6a-tetrahydrobenzo[f]quinoxalin-7(2H)-one, fine, but Chemspider says that’s not in its 35 million+ structure database. Unsurprising. However, this name does gives us a little clue as to the origin of the ugly one.

and we begin to see some resemblance. If we stick another ring on to that structure (and shift the double bonds are a bit according to resonance), we get benzoquinoxaline, a compound that also exists and begins to get us even closer to the impossible original.

Now this obviously looks really quite close to the original, and I wonder if the person that created the ‘molecule’ on the T-shirt was actually looking at this when they concocted it. Somehow I doubt it, since quinoxalines are hardly ‘mainstream’ by any stretch of the imagination!

OK, almost enough time wasted, but let’s just do one more thing. If I take the benzoquinoxaline molecule, re-orientate it a bit, and touch it up in a couple of other, very simple ways, I get what ChemSketch calls, 1,4-dihydrobenzo[f]quinoxaline – another feasible molecule that Chemspider cannot find.

Given that there are some -diones of quinoxalines (like the one below, quinoxaline-2,3-dione), that might be the source of the additional ‘branches’ (but of course aren’t!) that we see on the original, I think this is a close as we are likely to get.

Right, that’s enough wasted time here, and outside of learning about a new class of obscure organic compounds called quinoxalines, it’s another 2 hours of my life I’ll never get back. Thanks Twitter!